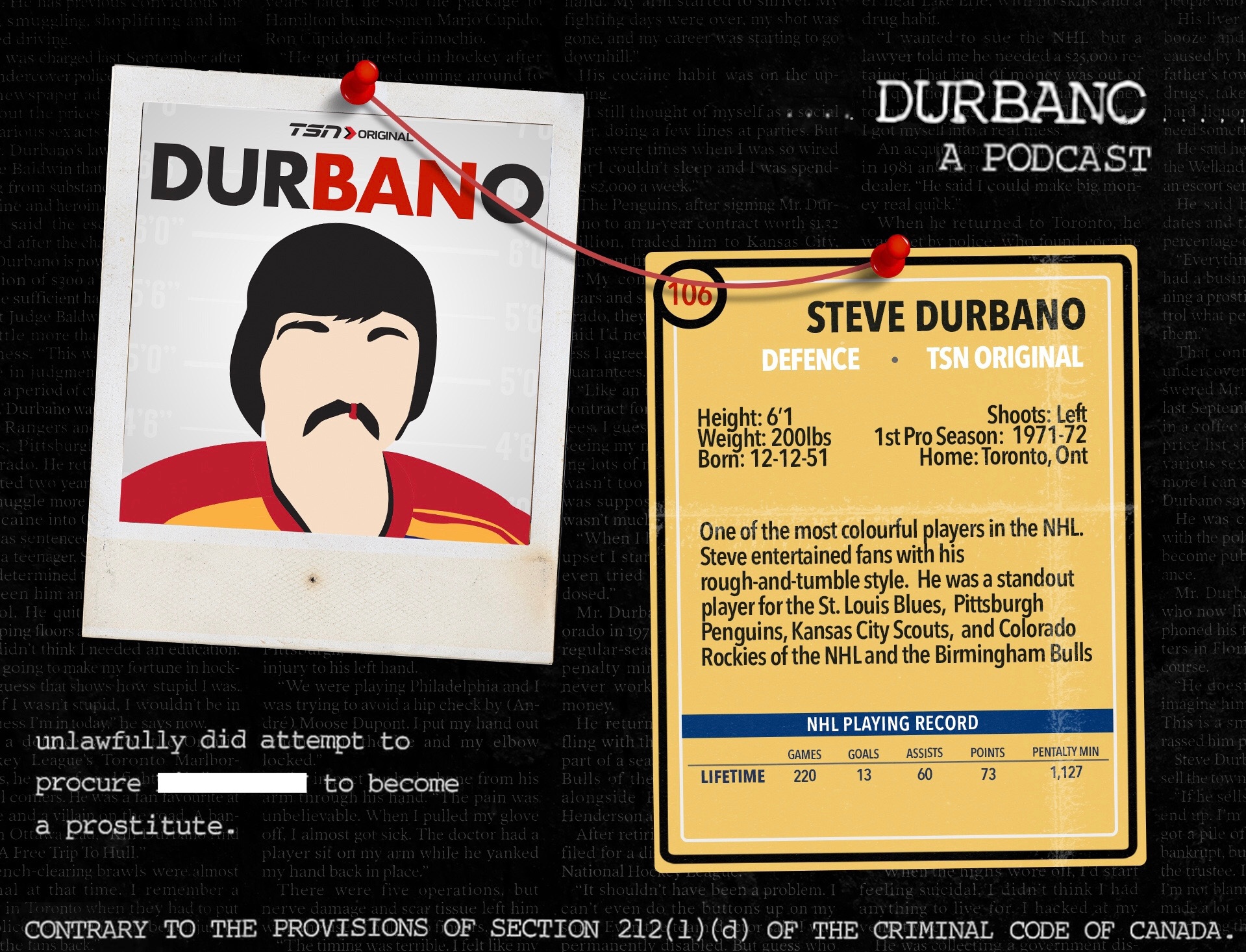 No one could ever predict what Steven Durbano would do – on or off the ice. One of the most vicious goons in pro hockey during the brawling 70s, Durbano’s addictions led him to a life of crime and time behind bars after his playing days were over. Hosted by TSN investigative reporter Rick Westhead, Durbano is the captivating tale of a complicated life. Get to know the notorious enforcer through interviews with those who knew him best. 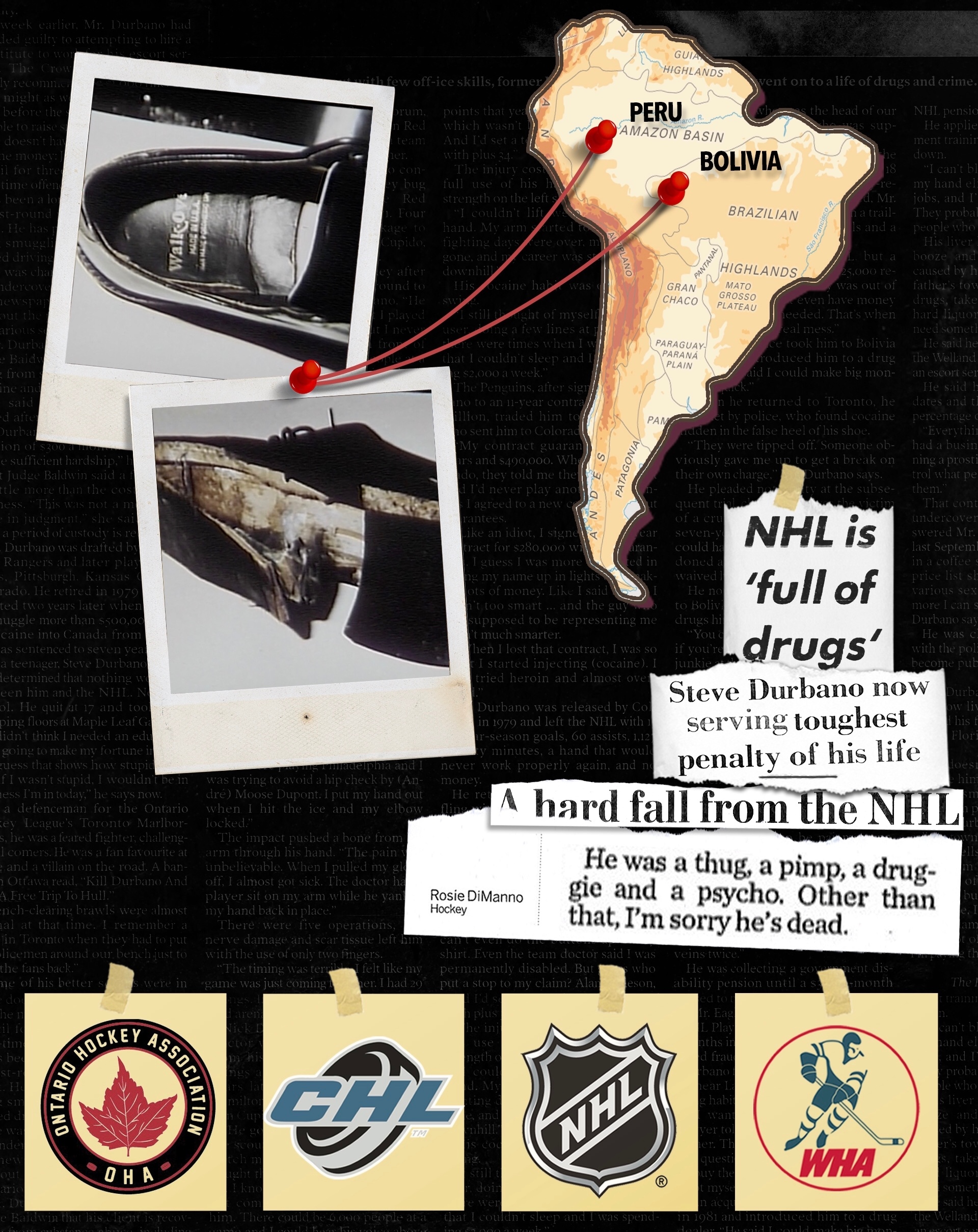 Why did Steve behave the way he did? The truth is complex and complicated. One thing is for certain; his personality took shape long before he made it to the NHL. From learning to skate on iced over roads, to assaulting a police officer, this fifth and final episode explores Steve's challenging childhood.

Steve Durbano is out of jail but he’s in rough shape. He’s swapped his cocaine habit for a crippling addiction to alcohol. Barely surviving on his $300 a month NHL pension, Steve starts a new business and soon finds himself the target of the vice squad.

His hockey career was over, and he was dead broke. Steve Durbano finds himself in the all too common position of not being able to afford his escalating drug habit. His family details the gripping tale of Steve's last smuggling run to South America.

There is a reason why they called him “Demolition Durby.” As the brawling 1970s surges onwards so to does Steve Durbano’s wild and violent behaviour. A gruesome and career threatening injury leaves Durbano with a lasting drug addiction, propelling him to commit even more unbelievable acts. Players, officials, even his general manager weren’t safe from Steve during this period.

Was Steve Durbano too violent to play professional hockey or was he the perfect fit for the era that he competed in? Episode 1 of Durbano takes a closer look at some of his most famous on-ice exploits in the NHL and the WHA. Later in this five-part series, investigative reporter Rick Westhead delves deep into Steve’s notorious life of crime after his career ends.