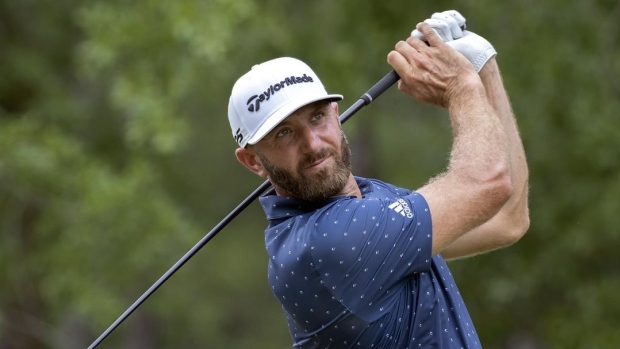 DUBLIN, Ohio (AP) — Three months after declaring he was “fully committed” to the PGA Tour, Dustin Johnson is among 42 players in the field for next week's LIV Golf Invitational, which offers $25 million in prize money that's backed by Saudi Arabia's sovereign wealth fund.

Phil Mickelson was missing from the list that was released Tuesday night. It was his damaging remarks in February that led to Johnson and other top players to say they would stay on the PGA Tour.

The LIV Golf Invitational is scheduled for June 9-11 at Centurion Club outside of London. The PGA Tour and European tour denied releases for players, meaning they risk punishment — possibly a loss of tour membership — by competing.

Other players in the 48-man field were not a surprise; Lee Westwood and Sergio Garcia had indicated they would be playing, along with Ian Poulter.

American players who are chasing the Saudi riches are Talor Gooch, who won his first PGA Tour event last fall at the RSM Classic, and three-time tour winner Hudson Swafford.