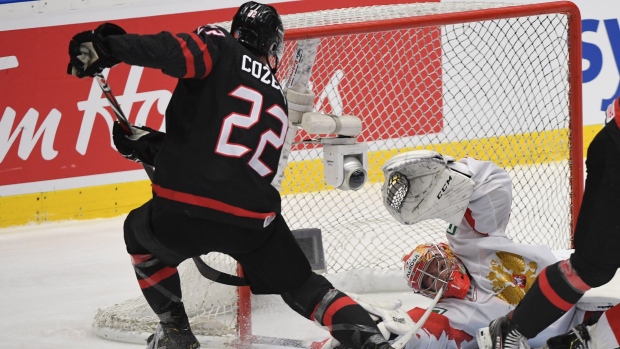 The winner will be announced May 20.

Cozens, a 19-year-old from Whitehorse, led the Hurricanes in scoring with 38 goals and 47 assists in 51 games for a 1.67 points-per-game clip.

Beckman was the lone player to crack the 100-point mark this past season en route to claiming the Bob Clarke Trophy as the league's top scorer.

The third-round pick of the Minnesota compiled 48 goals and 59 assists for the Chiefs, including nine game-winners, in 63 games.

Beckman, an 18-year-old from Saskatoon, tallied 32 multi-point games including three in which he scored a hat trick.

General managers and coaches from the league's 22 teams vote for the nominees.

This report by The Canadian Press was first published April 21, 2020.