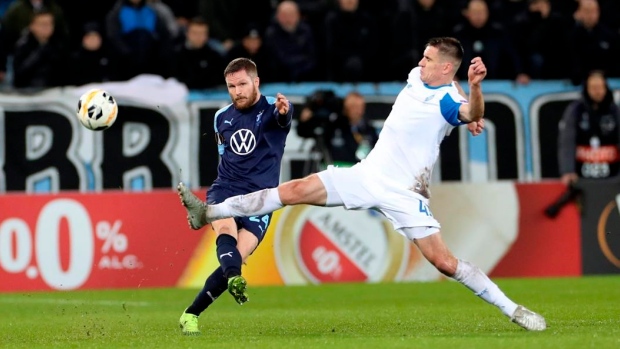 “All of the nuances and circumstances are being clarified,” the club said. “Therefore, and in keeping with the requirement for confidentiality, FC Dynamo Kyiv cannot provide the football community with more detailed information until the relevant procedures are complete.”

The 23-year-old Besedin played in all six of the club's Europa League group stage games this season and has eight goals in 13 Ukrainian Premier League games.

He was also part of Ukraine's successful campaign to qualify for next year's European Championship.