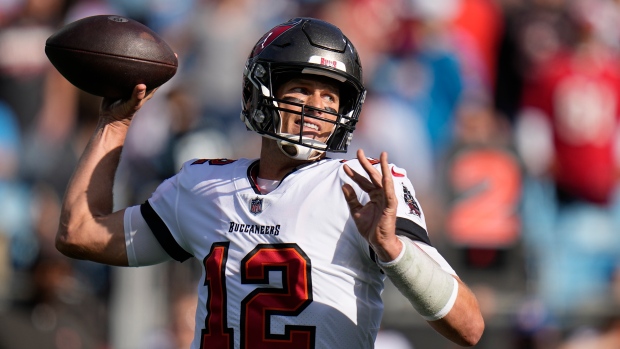 Eagles Preview: After a slow start to the season, the Eagles flipped their 2-5 start into a 9-8 season that saw them clinch a wild-card spot in Week 17. The success for Philadelphia came once the team committed to the run. The Eagles found a way to lead the league with their 2,715 rushing yards, but will now face a tough test against a Buccaneers defence that has been elite against the run since 2019. As eight-and-a-half point underdogs, the Eagles will need everything to go their way Sunday afternoon if they want to pull out the win.

Buccaneers Preview: Despite losing wide receiver Chris Godwin in Week 15, and only having Antonio Brown active for seven games this season, Tom Brady managed to lead this team to 13 wins and the league’s second-best passing offence. Brady, 44, averaged a career-best 312.7 passing yards per game this year and led the league in completions, attempts, passing yards and touchdowns. With Godwin and Brown out of the picture, Brady will need Mike Evans and Rob Gronkowski to really step up. Gronkowski has started 20 playoff games with Brady as his quarterback, and has 89 receptions for 1,273 yards and 14 touchdowns in those games. Last year, he caught eight passes for 110 yards and two touchdowns in the playoffs en route to his third Super Bowl win.