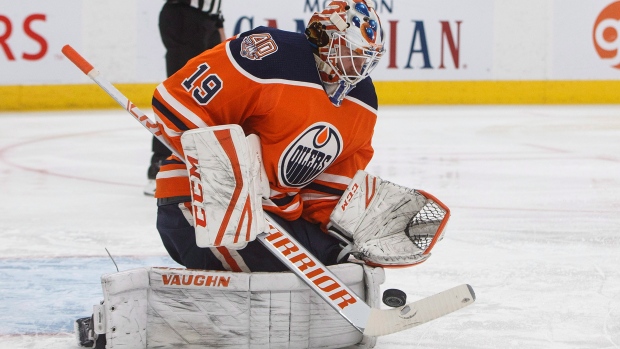 Connor McDavid posted five points in the Edmonton Oilers' 6-3 win over the Philadelphia Flyers on Wednesday, but it was goaltender Mikko Koskinen who drew the praise from head coach Dave Tippett after the game.

Koskinen, making his third start of the season, made 49 saves as the Oilers were outshot 52-22. Leon Draisaitl scored just over minute into the game to give the Oilers an early lead, but Tippett said his team was outworked for roughly the next half hour by the Flyers.

“After the first two shifts of the game, they outplayed by a wide margin,” he explained. “Between Leon’s first goal and Connor’s goal in the second, that’s not how we have to play. This game will be a good learning tool.”

For his part, Koskinen credited his teammates for keeping the Flyers to low-percentage shots, though he'd like to face less attempts moving forward.

"Hopefully that doesn't happen every night otherwise I'm going to be exhausted," he said. "I thought we played pretty well. They were shooting a lot of pucks from the outside and the guys did a good job of not letting them come to the middle. That's a good thing for us. [McDavid and Draisaitl] are so dangerous every game and it looks like they are going to score a goal almost every game."

The Oilers, who sit atop the Pacific Division, will host the Detroit Red Wings on Friday.