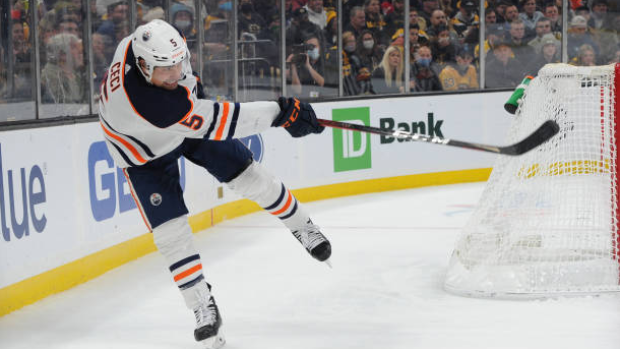 In other roster moves, the Oilers also moved Duncan Keith to injured reserve and recalled Markus Niemelainen from the AHL's Bakersfield Condors.

Today's practice has been canceled for precautionary reasons.

Ceci has one goal and six points in 20 games this season, his first with the Oilers after joining the team on a four-year, $13 million deal in free agency. The 27-year-old is averaging 20:08 of ice time this season.

Keith sustained an upper-body injury in last Tuesday's loss to the Dallas Stars and was ruled day-to-day on Wednesday, according to head coach Dave Tippett.

The 38-year-old has one goal and five points in 17 games this season, his first with the Oilers after an off-season trade from the Chicago Blackhawks.

The Oilers are scheduled to host the Pittsburgh Penguins on Wednesday.