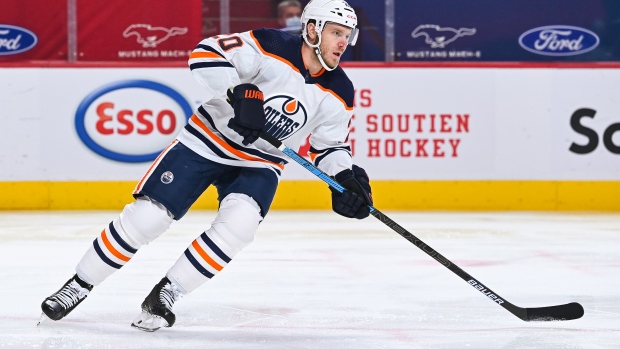 Edmonton Oilers defenceman Slater Koekkoek appeared to confirm on social media he has a broken collarbone. 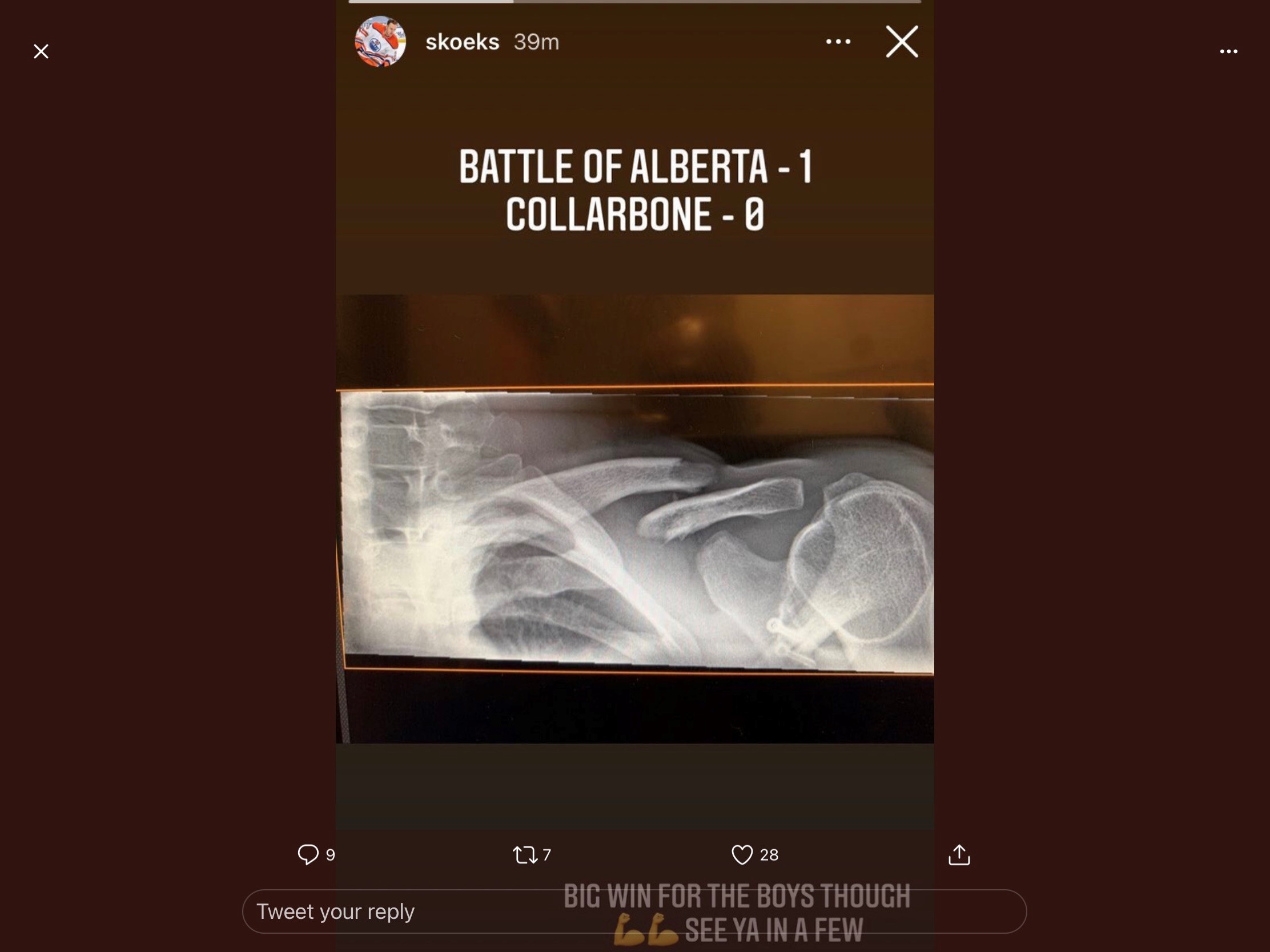 Koekkoek left the Oilers' game against the Calgary Flames Saturday after just a few shifts when he took a hit from Flames' forward Sam Bennett.

Koekkoek, 27, is playing in his first season with the Oilers and has recorded one goal in 16 games.