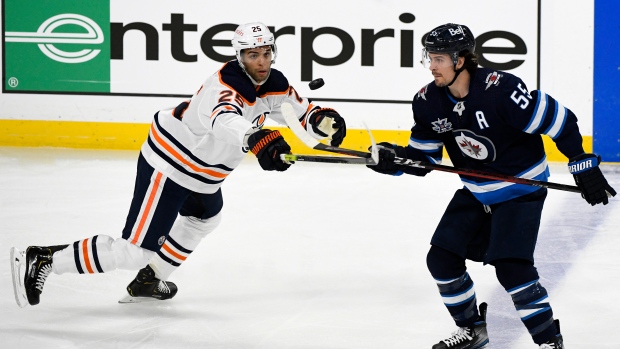 Edmonton Oilers defenceman Darnell Nurse was forced to leave Friday's game against the Colorado Avalanche early due to a lower-body injury, per TSN's Ryan Rishaug.

Rishaug reports that Nurse did not play the last eight minutes of the second period due to a leg issue.

Oilers head coach Jay Woodcroft said after the game that Nurse would be re-evaluated on Saturday.

The 27-year-old has nine goals and 35 points in 70 games this season as the Oilers currently sit second in the Pacific Division.

Edmonton wrapped up a playoff spot with a 6-3 win over the Avalanche.