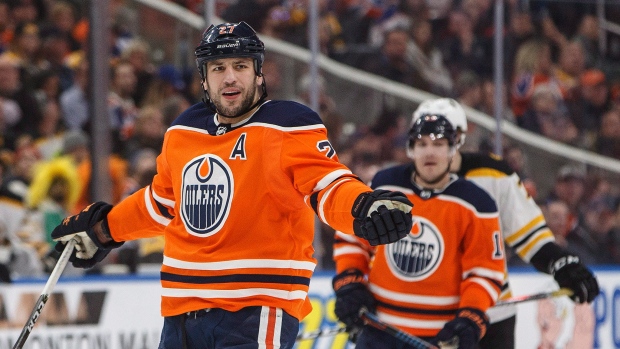 The Edmonton Oilers have traded forward Milan Lucic and a conditional third-round pick in 2020 to the Calgary Flames for forward James Neal.

Lucic scored six goals and tallied 20 points in 79 regular season games with the Oilers this past season. Edmonton missed the playoffs for the second consecutive year.

The 31-year old Neal scored seven goals and had 19 points in 63 games for the Flames this past season.

In 2010-11 Lucic posted a career-high 30 goals and 62 points in 79 games along with five goals and 12 points in 25 playoff games on his way to winning the Stanley Cup with Boston.

Lucic is entering the fourth season of a seven-year, $42 million contract and carries a $6 million cap hit per season.

A native of Whitby, Ont., Neal was originally selected in the second round (33rd overall) in the 2005 NHL draft by the Dallas Stars.

He is entering the second year of a five-year, $28.75 million contract he signed with the Flames as a free agent in 2018.

The Canadian forward has 514 points in 766 NHL games with the Stars, Pittsburgh Penguins, Nashville Predators, Vegas Golden Knights and Flames.