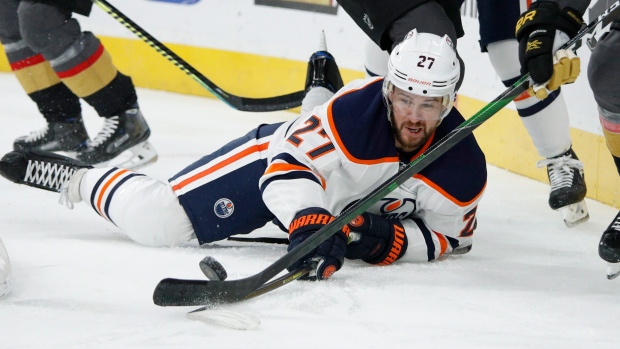 Edmonton Oilers defenceman Mike Green has opted out of the NHL's Return to Play, the player announced on Saturday.

"Due to the uncertainties surrounding COVID-19 and after much consideration, I’ve decided for deeply personal family health reasons, not to participate in the return to play," Green said in a statement. "This has been a hard decision knowing I’m going to miss the opportunity to compete in the playoffs with a Stanley Cup contender. I wish the best of luck to the guys and I appreciate the Edmonton Oilers support."

The NHL and NHLPA ratified a Return to Play program for the conclusion of the 2019-20 season and new collective bargaining agreement on Friday. Under terms of the agreement, players could choose to opt out for the 24-team postseason, which begins Aug. 1

Green joins Calgary Flames defenceman Travis Hamonic and Dallas Stars defenceman Roman Polak as veteran defencemen who have opted out. Hamonic announced his decision to opt out on Friday.

Vancouver Canucks forward Sven Baertschi has also opted out of Return to Play.

Green had three goals and 11 assists in 50 games this season.