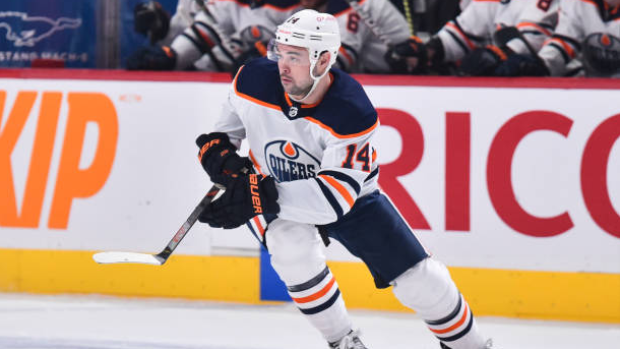 Devin Shore has been activated from Injured Reserve & Brendan Perlini has been placed on waivers. #LetsGoOilers pic.twitter.com/nbiX7xz70n

Shore has been sidelined since Nov. 5 with a lower-body injury. He has one goal and two points in eight games this season, his second with the Oilers.

Perlini is without a point in 13 games with the Oilers this season. He spent last season with Ambri-Piotta of the Swiss A League, posting nine goals and 16 points 21 games.

The 25-year-old is signed to a one-year, $750,000 contract and is scheduled to become a restricted free agent in July.