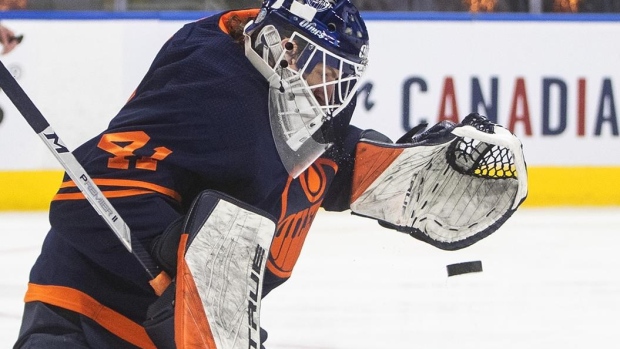 According to TSN's Ryan Rishaug, it looked like teammate Devin Shore fell on Smith’s left leg during a skirmish near the Oilers crease midway through the second period. Smith left the game and was replaced by Mikko Koskinen.

After the game, Oilers head coach Dave Tippett said Smith is considered day-to-day with a lower-body injury after he tweaked something on the play. Tippett said they will know more after Smith sees the team medical staff on Wednesday.

Looks like when Shore fell he made contact with Mike Smith’s left leg. Seemed to be wincing in pain after.