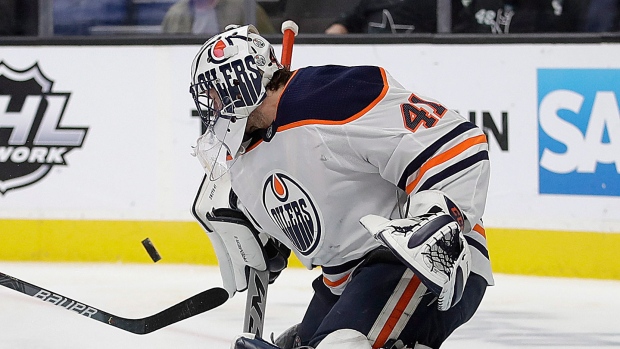 Edmonton announced both transaction on Friday, but did not elaborate on Smith's injury.

Smith was supposed to start Thursday's game at home against the Vancouver Canucks but was declared inactive, forcing Mikko Koskinen into back-to-back starts.

Smith and Koskinen were expected to split duties in the Oilers net this season. Edmonton re-signed the 38-year-old Smith to a one-year contract in the off-season.

Rodrigue had been with the Graz99ers of the Austrian National League.

The 20-year-old Rodrigue was drafted 62nd overall by Edmonton in 2018.

This report by The Canadian Press was first published January 15, 2021.