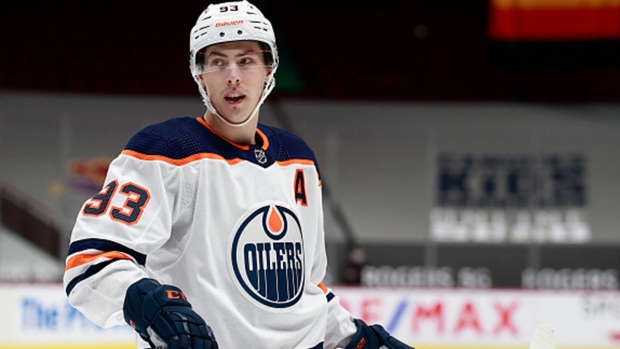 Ryan Nugent-Hopkins is sticking around in Edmonton.

The Oilers announced Tuesday they have agreed to an eight-year, $41 million contract extension with the No. 1 overall pick in 2011. The deal includes a no-movement clause, reports TSN's Ryan Rishaug.

The #Oilers have signed Ryan Nugent-Hopkins to an eight-year contract extension with an AAV of 5.125 million. #LetsGoOilers pic.twitter.com/pUyd9jk5qf

Nugent-Hopkins, 28, is coming off the final season of a seven-year, $42 million contract signed with the Oilers prior to the 2014 season.

He tallied 16 goals and 19 assists in 52 games this season and was fifth on the team in points behind Connor McDavid, Leon Draisaitl, Tyson Barrie and Darnell Nurse.

Drafted first overall by the Oilers in 2011, Nugent-Hopkins has spent his entire career in Edmonton, accumulating 185 goals and 478 points in 656 games.