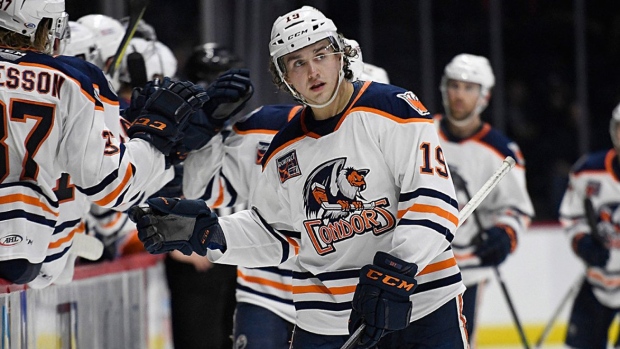 The 24-year-old just completed his first full pro season with Bakersfield of the American Hockey League, leading all Condors defencemen in scoring with 34 points (seven goals, 27 assists) in 64 games.

A native of Seminole, Fla., Day added a goal in the playoffs as Bakersfield reached the second round.

The six-foot-one, 210-pound Day signed an AHL contract with Bakersfield in the summer of 2018 after playing 10 games with the team at the end of the 2017-18 campaign. He previously played two years at NCAA Division III Endicott College.