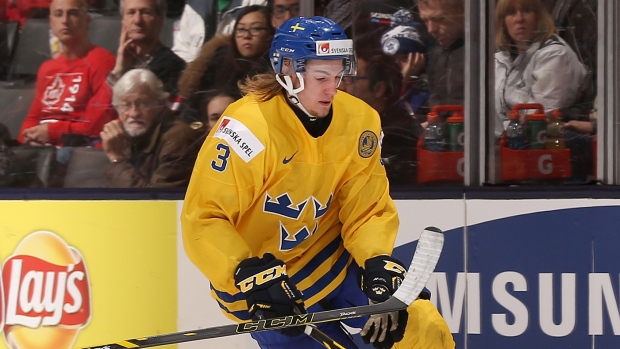 EDMONTON — The Edmonton Oilers have signed defenceman William Lagesson to a two-year contract.

The contract is two-way in year one and a one-way in year two and has an annual average value of US$725,000 at the NHL level.

Lagesson will remain with HC Vita Hasten of the Allsvenskan Hockey League until the start of the NHL season. The 24-year-old has recorded eight points (three goals, five assists), six penalty minutes and a plus-6 rating in 10 games with Vita Hasten this season.

The 6-2, 207-pound blueliner played in eight games with the Oilers last season, including his NHL debut on Dec. 31, 2019 against the New York Rangers.

He also appeared in 25 games with the American Hockey League’s Bakersfield Condors in 2019-20, posting 10 points (three goals, seven assists), 18 penalty minutes and a plus-2 rating.

This report by The Canadian Press was first published Nov. 4, 2020.