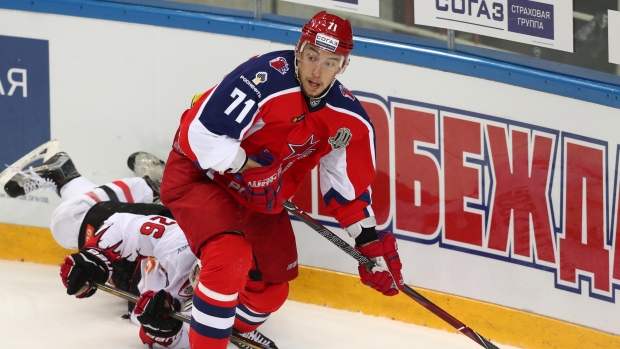 The Edmonton Oilers announced on Wednesday that they have signed winger Anton Burdasov on a professional tryout basis.

A native of Chelyabinsk, Russia, the 28-year-old Burdasov is a veteran of 10 Kontinental Hockey League seasons.

He has also spent time with hometown club Chelyabinsk Traktor, St. Petersburg SKA, with whom he won the Gagarin Cup in 2015, Omsk Avangard and CSKA Moscow.

Internationally, Burdasov was a member of Russia's World Junior Hockey Championship-winning team in 2011 in Buffalo.