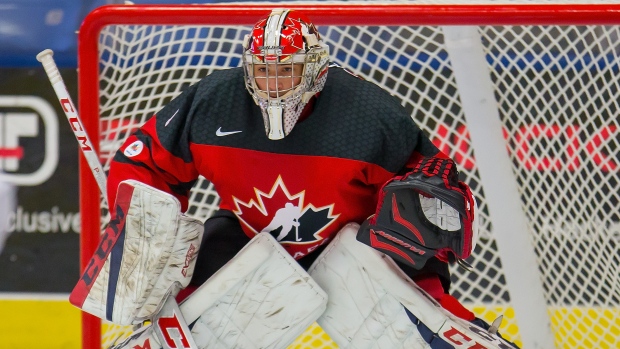 The Edmonton Oilers have signed goaltender Stuart Skinner to a two-year, two-way contract worth $750,000 per season, the team announced on Sunday.

Skinner, 22, made 33 saves for the victory in his only start with the Oilers last season. In 31 games with the AHL's Bakersfield Condors, Skinner posted a 2.38 goals-against average and .914 save percentage, backstopping the team to a Pacific Division championship.

Skinner was selected 78th overall by the Oilers in the 2017 NHL Draft.