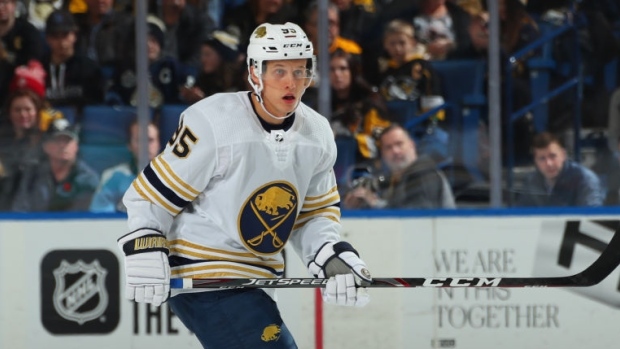 The Edmonton Oilers signed forward Dominik Kahun to a one-year, $975,000 contract on Monday.

The #Oilers have agreed to terms with forward Dominik Kahun on a one-year contract with an AAV of $975,000!

The Oilers will be the 25-year-old's fourth team in his young career as he appeared in 82 games with the Chicago Blackhawks in 2018-19, scoring 13 goals and adding 24 assists.

He was then traded to the Pittsburgh Penguins during the off-season and traded to the Buffalo Sabres once again on Feb. 24. He tallied 12 goals and 19 assists for a total of 31 points across 56 games last season.