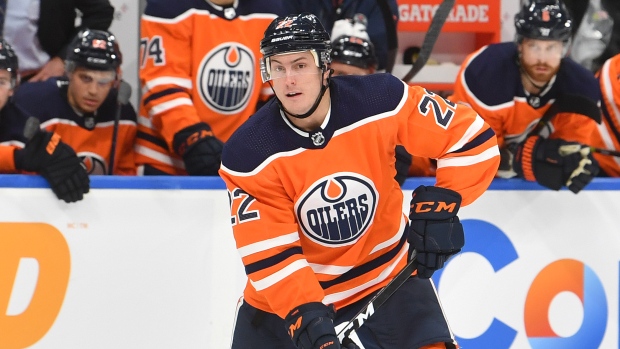 With Adam Larsson off to Seattle, the Edmonton Oilers will re-engage in contract talks with Tyson Barrie, TSN Hockey Insider Darren Dreger reports.

The team is also making progress on a new deal for pending unrestricted free agent Mike, according to TSN Hockey Insider Pierre LeBrun.

Dreger notes that term is a sticking point for Barrie, while the Oilers don't want to do a five-year deal. He wonders if the two sides could agree on a four-year deal with a $5 million cap hit.

Oilers will re-engage with Tyson Barrie. There’s been preliminary discussion...expected to intensify with Larsson leaving. Term is going to be the sticking point for Barrie. Don’t think the Oil want to go to 5 years. Does 4 x $5mil get it done?

As for Smtih, teams cannot re-sign their own free agents until the roster freeze ends Thursday, but LeBrun reports there are positive signs as to the goaltender returning.

Teams can't re-sign their own free agents until the freeze lifts tomorrow at 1 p.m. ET but positive signs as far as Mike Smith returning to Edmonton@TSNHockey @TheAthletic

Barrie, 29, signed a one-year, $3.75 million contract with the Edmonton Oilers last season and tallied eight goals and 48 points in 56 regular season games. He also had one assist in four playoff games.

Larrson, 28, signed a four-year, $16 million contract with the Seattle Kraken on Thursday morning ahead of reaching unrestricted free agency next week. He had four goals and 10 points in 56 games this season with the Oilers.

Oilers general manager Ken Holland said last week that money was set aside for a deal for Larsson to return, but that it was "Adam's decision."

"I'm not pretty confident, but I'm not not confident," Holland said of being able to re-sign Larsson.

TSN's Ryan Rishaug reports the Oilers had multiple offers on the table for Larsson, including a four- and five-year term.