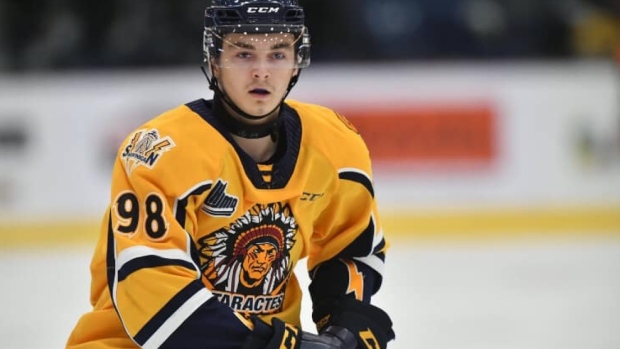 The six-foot, 172-pound centre had 40 points (20 goals, 20 assists) in 29 games for the Shawinigan Cataractes in the Quebec Major Junior Hockey League last season.

Bourgault was the No. 13-ranked North American skater heading into the draft.

The Oilers originally had the No. 20 pick in the first round but dealt it to the Minnesota Wild for the 22nd and the 90th.

The Oilers finished second in the North Division last season with a 35-19-2 record but were swept from the first round of the playoffs by the Winnipeg Jets.

Edmonton used the 14th overall pick on centre Dylan Holloway at the 2020 draft.

The 19-year-old Calgary native played at the University of Wisconsin last season, putting up 35 points (11 goals and 24 assists) in 23 games.

This report by The Canadian Press was first published July 23, 2021.