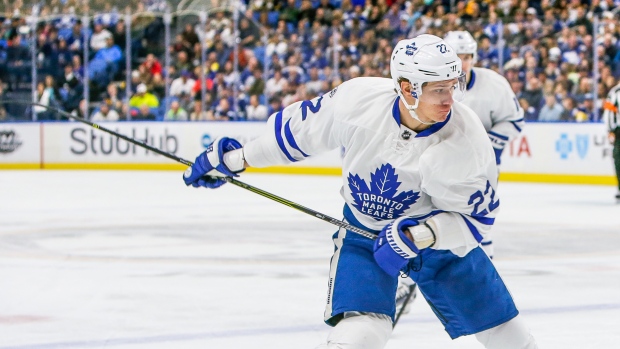 It appears the Nikita Zaitsev speculation is starting to heat up.

According to TSN Hockey Insider Darren Dreger, the Vancouver Canucks and Edmonton Oilers are interested in the Toronto Maple Leafs defenceman, who requested a trade last month.

Trade discussions will heat up in the days leading up to next weeks draft. Mentioned Vancouver’s interest in Nikita Zaitsev last week. Sounds like the Oilers have some interest as well.

Zaitsev had a standout rookie season with the Leafs in 2016-17 where he recorded four goals and 32 assists in 82 games.  The club, then led by general manager Lou Lamoriello, signed the former KHL All-Star to a seven-year contract extension worth $4.5 million per season.

The Russian defenceman, however, has struggled since. He recorded three goals and 11 assists in 81 games this season while averaging 20:28 per game.

"Going forward now, if we are going to add through free agency, we want to try to add top-four defencemen or top-six forwards, so I think our needs in that way have changed," Benning said. "I haven't been shy about stating that we would like to improve our defense. There are different avenues to try to do that, so we're looking at all those avenues."