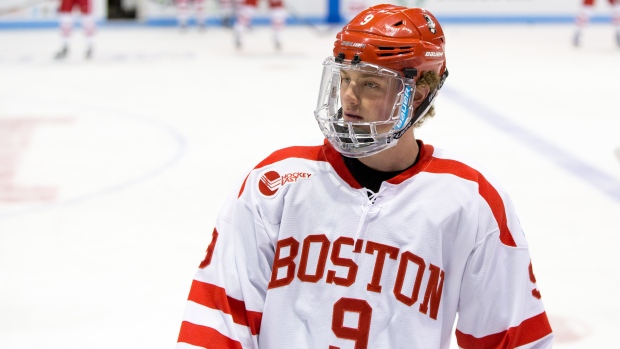 Jack Eichel will either return to Boston University next season, or spend all 82 regular-season games at the pro level.

The 18-year-old, who is expected to selected second overall by the Buffalo Sabres in Friday night's NHL Draft, told the Boston Globe he has no plans to sign a contract unless he's promised an NHL spot for the full season.

“If I’m signing, it’s not to leave school and go play major junior,” Eichel said Wednesday. “If I sign, it’s to play in the NHL the whole year. That’s the only way I’ll sign. And Buffalo has already explained to me that that would be the case.”

Despite his age, Eichel has already benefited from playing against players from the level. He was on Team USA's top line at the World Hockey Championships in the Czech Republic last month and scored two goals and seven points in 10 games.

His CHL rights are owned by the St. John Sea Dogs of the QMJHL.