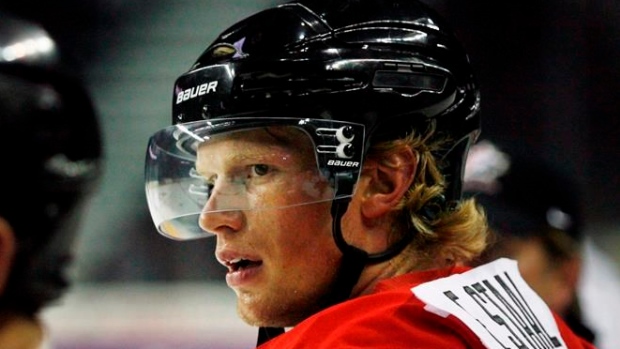 Eric Staal is wearing the "C" once again.

“The opportunity to represent Canada at the Olympics is very special, and being named captain is an honour and something I take a lot of pride in,” Staal said. “David and Maxim are great leaders and players, and they are deserving of this recognition. Our entire team is excited for the opportunity to be a part of Team Canada, and we look forward to competing for a gold medal in Beijing.”

The 37-year-old Staal is a veteran of nearly 1,300 career NHL games and led the Carolina Hurricanes to a Stanley Cup win in 2006. The veteran centre scored 441 goals and added 593 assists over 17 NHL seasons.

He helped Canada win gold at the 2010 Vancouver Games.