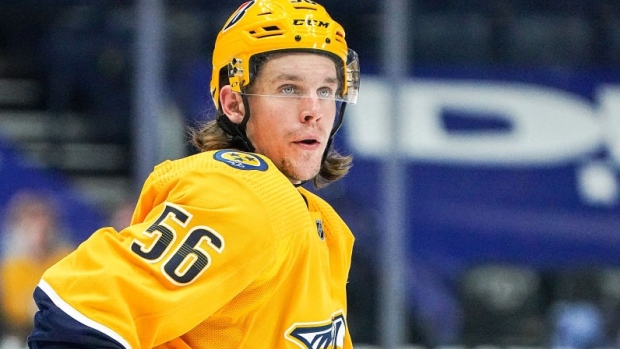 My understanding is that the Predators and UFA Erik Haula are discussing a new contract. Haula, 30, had 21 points in 51 games with the Predators on a $1.75 million deal last season.

He is coming off a one-year, $1.75 million contract he signed with the Preds in December.

Haula has also spent time with the Minnesota Wild, Vegas Golden Knights, Carolina Hurricanes and Florida Panthers over the course of his eight-year NHL career.