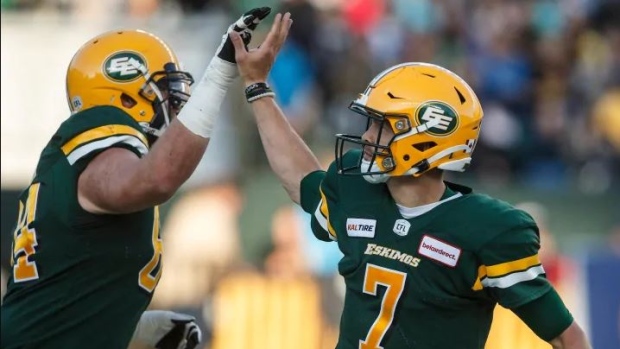 The Edmonton Eskimos are expected to sign offensive tackle Tommie Draheim to a contract extension, according to TSN's Farhan Lalji.

Hearing OT Tommy Draheim is expected to sign an extension with #Eskimos before the opening of #CFLFA Tuesday morning. @CFLonTSN @TSN_Sports @tsn1260

The 31-year-old American has spent four seasons in the CFL and the last two with the Eskimos.