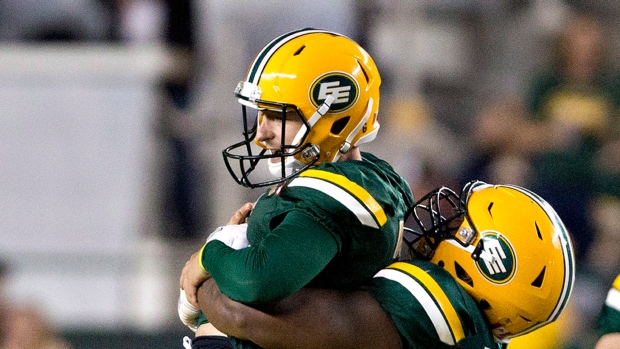 EDMONTON — The Edmonton Eskimos have signed offensive lineman Tony Washington to a contract extension, keeping him with the team through 2019.

Washington, who was set to become a free agent was traded to Edmonton in May 2014 and re-signed in December 2014.

An integral member of the Eskimos' offensive line, he has started at left tackle in 45 regular-season games and four playoff games with Edmonton, including the 2015 Grey Cup championship victory.

Washington is the third pending free agent the Eskimos have extended this month, including offensive lineman Justin Sorensen and kicker Sean Whyte.