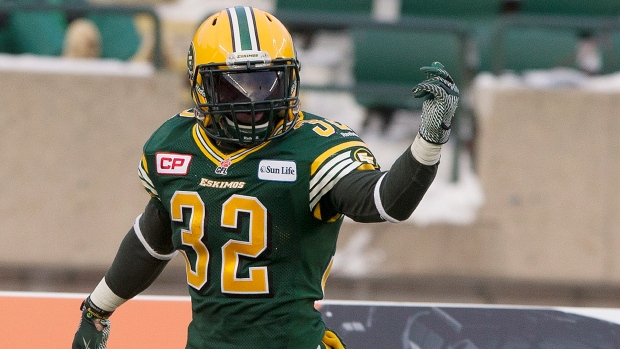 The Edmonton Eskimos have signed international running back Kendial Lawrence. The move comes on the heels of the Eskimos’ top runner – John White – receiving the news that he will be out for the remainder of the season with a torn ACL. He suffered the injury in last week’s 23-19 win over the Montreal Alouettes.

Lawrence was with the Eskimos in 2014 and 2015, where he appeared in 33 games. He totaled 560 rushing yards on 93 carries and added three touchdowns.

Last season, Lawrence appeared in a combined 13 games with the Saskatchewan Roughriders and the Hamilton Tiger-Cats. He had 37 carries for 150 yards and a touchdown.

Lawrence played collegiately at the University of Missouri.