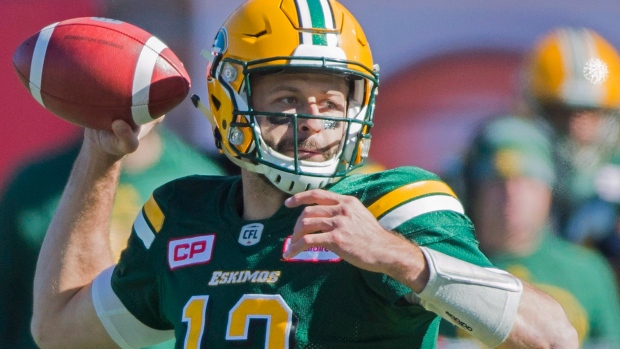 The Edmonton Eskimos and Montreal Alouettes were set to be a part of the latest CFL broadcast featuring live microphones on players Monday.

However, quarterback Mike Reilly and Eskimos head coach Jason Maas, the two players scheduled to mic'd for Edmonton, decided against wearing the microphones prior to kickoff.

"So, honestly, I tried to do what's best for the team, best for me out here playing, and that's how the decision was made."

The Eskimos could now face league discipline for their decision.

"We are aware that Eskimos' head coach Jason Maas and quarterback Mike Reilly did not wear live microphones," the CFL told TSN Senior Correspondent Gary Lawless after the game. "Any decision on discipline will be made later this week when we review all potential football related discipline."

Montreal Alouettes quarterback Rakeem Cato and head coach Jacques Chapdelaine both wore their microphones, as scheduled, for the broadcast.

Reilly was asked about being mic'd up earlier this week and said "they better be ready to bleep stuff" but did not express a problem with the idea.