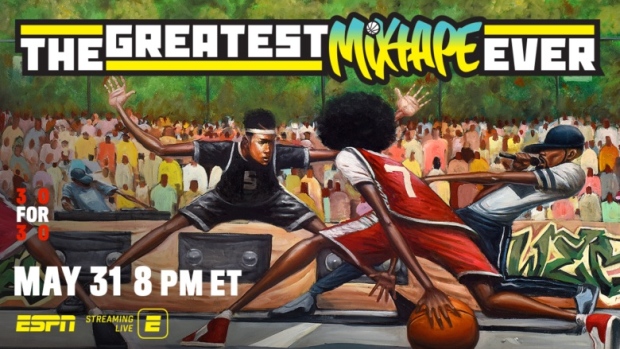 "The Greatest Mixtape Ever" documentary poster

ESPN has revealed the trailer for its upcoming 30 for 30 documentary, The Greatest Mixtape Ever.

“This moment in time is an extraordinary piece of culture, and its impact in the worlds of music and sport is undeniable,” said Robinson in a press release by ESPN. “These were giants of sport that came together from different neighborhoods and elevated not only basketball, but the spirit of the community. I’m glad to be a part of telling their story.”

An accompanying podcast is also releasing with the documentary called “A Streetball Mixtape,” which will explore how streetball and the way it’s played around the United States has directly shaped the game of basketball and the country’s culture

The Greatest Mixtape Ever will premiere on ESPN on May 31 and will be available to stream via ESPN+.