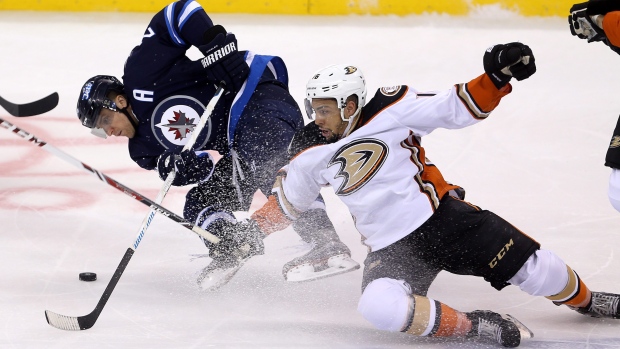 News worth passing along. Rob Blake told me that Emerson Etem will be in Kings' camp on a PTO. Etem, of course, started his NHL career with the Ducks. Played 115 of his 173 NHL games w/Anaheim.

The 26-year-old native of nearby Long Beach, CA split last season between the Arizona Coyotes' American Hockey League affiliate Tucson Roadrunners and the Swiss National League's HC Lugano with whom Etem signed in January when he received his release from the Coyotes.

Taken with the 29th overall pick by the Anaheim Ducks out of the Western Hockey League's Medicine Hat Tigers, Etem has appeared in 173 career NHL games over five seasons with the Ducks, New York Rangers and Vancouver Canucks.

For his career, the winger has 22 goals and 24 assists.