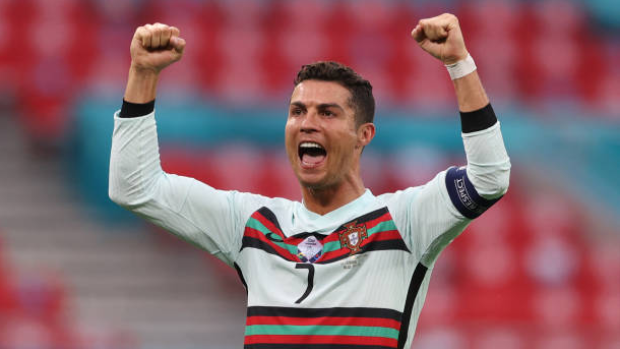 Cristiano Ronaldo scored on a penalty kick in the 87th minute against Hungary on Tuesday to take sole possession of the record for most career European Championship goals.

The 36-year-old is now has 105 career goals for Portugal and sits just four goals back of Iran's Ali Daei (109) for the all-time men's international goals record.

Portugal finished with a 3-0 win over Hungary on Tuesday to earn three points in their first game at Euro 2020.