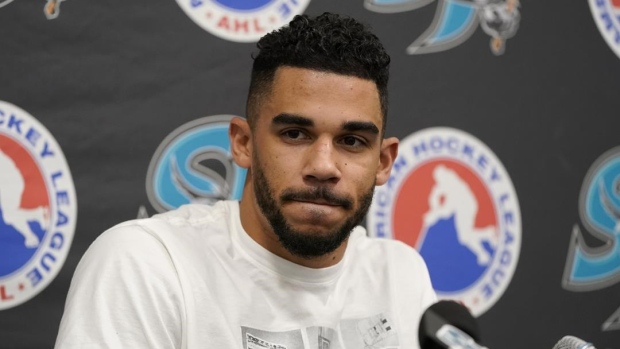 Evander Kane's grievance hearing over the San Jose Sharks’ termination of his contract will need a second day, according to TSN Hockey Insider Pierre LeBrun.

The date for the second meeting still needs to be scheduled. The hearing began on Tuesday morning.

The Evander Kane grievance hearing will need a second day. It will need to be scheduled. Date TBD.

Edmonton Oilers head coach Jay Woodcroft said Monday that Kane was away from the team on personal leave and would return Wednesday.

The 30-year-old forward, who was in the fourth season of a seven-year, $49 million deal, stands to lose approximately $22.9 million from his contract being terminated.

Kane joined the Oilers in late January on a one-year, $2.11 million contract after the NHL announced that Kane would not face discipline for the alleged protocol breach while with the AHL's San Jose Barracuda.

Prior to the Sharks opting to terminate his contract, Kane was suspended for 21 games earlier this season for allegedly submitting a fake COVID-19 vaccination card. He was assigned to the Barracuda after serving the suspension.