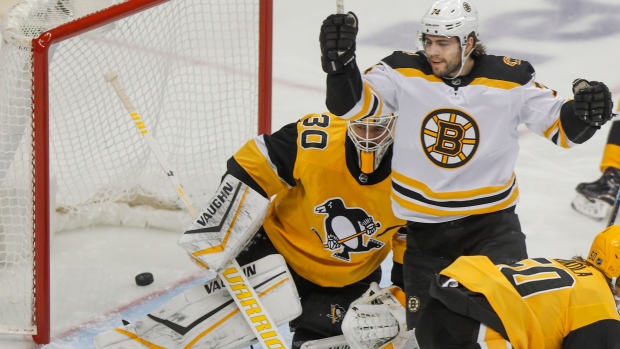 Fans in Pittsburgh's PPG Paints Arena on Sunday gave Penguins goaltender Matt Murray the Bronx cheer on four occasions after the goaltender allowed two goals in the first 2:02 of their game against the Boston Bruins.

Murray finished with 34 saves in the Penguins eventual 4-3 victory and wasn't interested in speaking on the mock cheers post-game, responding with a, "no comment."

Centre Evgeni Malkin, however, did not hold back when asked about the home crowd reaction after the Bruins two quick strikes.

“It was stupid,” Malkin told The Athletic. "I’m not understanding our fans. Muzz won two Cups for us. You boo him — why? If you come to the arena, support our team. All of us. We try. We play so hard this year. We work so hard through injuries. We play good hockey. Maybe not last couple games, not early this game. But we try.

“I understand: You pay money for ticket, you do what you want. But it’s tough to sit on bench and hear that. I don’t like it.

"We hear that in Philly, not Pittsburgh.”

Despite the rough opening minutes, Murray picked up his fifth straight win between the pipes, improving his record to 15-6-4 on the season. Sunday marked the first time he had started back-to-back games since November, with Tristan Jarry moving into the team's starting role.

Murray has started at least 49 games for the Penguins in each of the past three seasons and is scheduled to become a restricted free agent this off-season.

“Muzz works so hard — like, every day,” Malkin added. “Practice. Games. He’s great teammate. It’s not easy for him this year. This game not easy, too. Not his fault, the goals. Not his fault. We play bad for him early.

It remains to be seen whether Murray will make his third straight start on Tuesday, when the Penguins visit the Philadelphia Flyers.