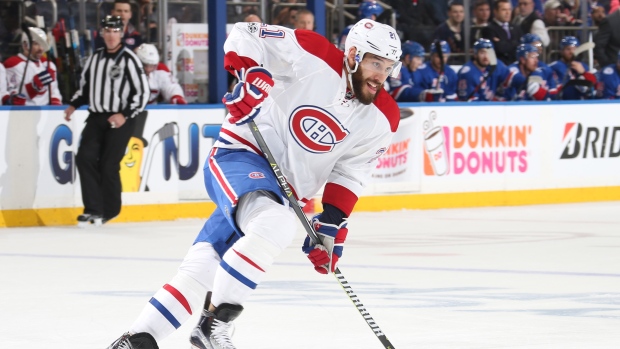 King, who won two Stanley Cups with the Los Angeles Kings, was traded from the Kings to the Canadiens in February for a conditional draft pick.

The 28-year-old scored one goal in 17 games upon joining the Canadiens. He was held without a point in six playoff contests.

King scored eight goals and posted 15 points in 63 games with the Kings before the trade.