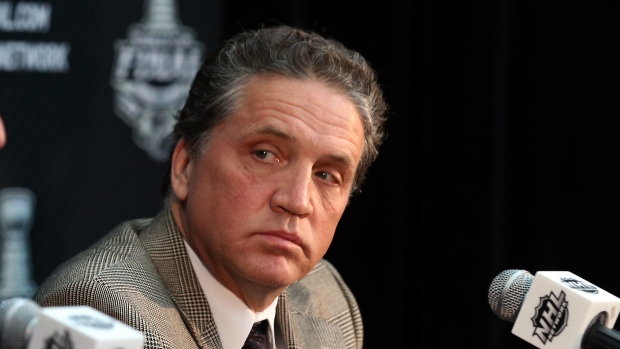 Dean Lombardi is back in the National Hockey League.

Dean Lombardi is back in the NHL, the Flyers have hired him to do some work under GM Ron Hextall.

In between GM stints with the Sharks and Kings, Lombardi was a scout for the Flyers, while Hextall was Lombardi's assistant general manager with the Kings before taking the Flyers job.

A native of  Holyoke, Massachusetts, Lombardi was relieved of his duties as Kings GM in April, along with head coach Daryl Sutter. Because Lombardi was still being paid by the Kings, the team had to sign off on the move.

USA Today's Dave Isaac reported the Flyers' interest in Lombardi back in May.