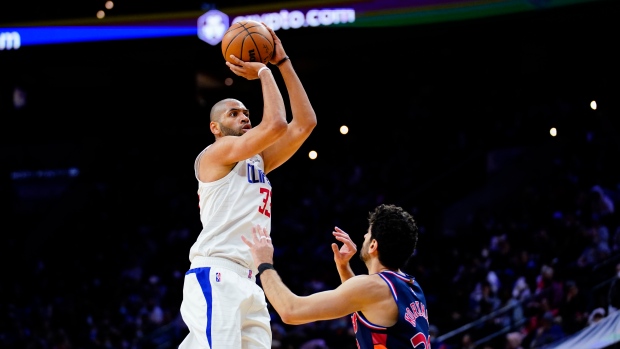 Week 15 of the fantasy basketball league season is upon us.

With only six weeks left, it's important to try and gain as much of an advantage as possible with team schedules if you’re battling for important seeding or a playoff spot at this stage.

However, if a stud falls into your lap and happens to have a bad week schedule-wise, it would make sense not to be so short-sighted that you’d drop them, especially considering how limited the wire has been in most leagues this season.

Here are my top-five streaming options to consider if they are available in your league this week.

Prior to an ankle injury earlier this month, Johnson proved himself to be a real life and fantasy revelation. In the 25 games leading up to getting hurt, Johnson was putting up 15.7 points on 49.7 per cent shooting, 3.3 triples, 5.5 rebounds, 1.4 assists, 1.0 steals and turning it over less than once per game. That tidy stat line had him flirting with top-60 value, and although he's been slow in his return, Johnson's demonstrated too much growth this season to not be a reliable contributor sooner than later. Scoop him up now if he's on your wire.

Noel is a candidate to miss a game at any time. He's only suited up in 19 games for the Knicks this season through various injuries, but his potential production is just too good to leave on the wire if he's healthy. At the moment, Noel is good to go. He played 26 minutes against the Clippers on Sunday and had three steals and a block. Take it day-by-day with Noel and hope he can string together at least a few games together.

Batum will have a four-game week starting Tuesday, and he's been filling up the stat sheet over his past five games: 14.4 points on 54.3 per cent shooting, 2.6 triples, 5.0 rebounds, 2.0 assists, 1.2 steals and 1.0 blocks. He's not always the most reliable player to suit up on a nightly basis due to an assortment of injuries that hamper him at this stage of his career, but the Clippers need him and there are no red flags at the moment.

Deandre Ayton has missed Phoenix’s last four games with a right ankle injury, and there are no indications he's set to return immediately. The good news is that Biyombo's been filling in more than admirably lately. Bismack had a monster 21 points and 13 rebounds against Indy on Sunday while tacking on five dimes, two blocks and a steal. Don't expect those numbers again, but with four games on tap this week (including Monday) Biyombo is a prime streaming option.

DFS is never one to pop off, but he's guaranteed to play minutes in the mid-thirties due to his real life impact for the Mavericks. He's armed with back-to-backs on Tue/Wed and Sat/Sun, so grab him if you're looking for contributions in rebounds and a sprinkle of threes and defensive stats.