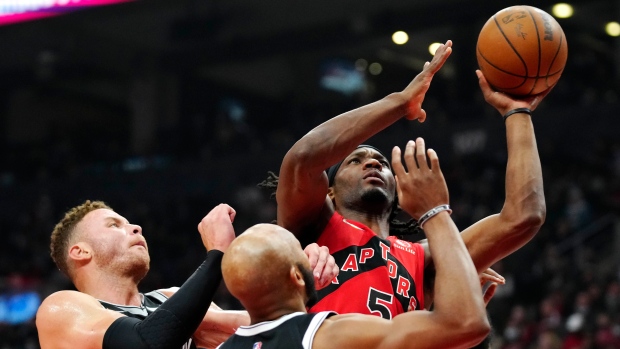 Operating on the waiver wire is a critical component of being successful in fantasy basketball.

Understanding what your team needs on a week-to-week basis is important in head-to-head leagues.

Maybe you need a one or two category specialist to challenge your opponent in a certain battleground category.

Having one or two droppable players isn't a bad thing, as it allows you to maximize your additions for the week and can even lead you into a potential gem off of the wire.

The reality is also that the rigours of the NBA season will take their toll, and we need to also remember that COVID-19 is still present and causing players to be inactive.

Here are five players to target this week.

The Mitten is starting to create a buzz with his recent play, and Warriors head coach Steve Kerr admits Payton needs to play more while describing him as "a weapon." Payton is making an impact despite only playing 18 minutes a night over the past week, and his per-36 numbers this season are outrageous: 27.4 points, 7.0 rebounds, 3.5 assists, 3.9 steals, 2.0 triples while shooting 70.6 per cent from the floor. He is making a case for more burn, and if he does he may become a must-own player.

The 76ers are facing a wing shortage with Tobias Harris and Matisse Thybulle both out due to healthy and safety protocols, while Danny Green is also missing time with a hamstring injury. Niang's playing well over the past week: 16.3 points, 4.0 rebounds and 2.5 assists while shooting 86.7 per cent from the stripe and turning it over less than once per game. He shouldn't be floating around the wire at this point.

Beverley is the player you want as long as D'Angelo Russell is sidelined, and even then they may end up sharing the floor for stretches. Bev is always a candidate to miss time with nagging injuries, but ride him for now. Dimes are hard to find, and he's averaging 5.2 assists this season.

I mentioned Brown last week, and his outlook hasn't changed. Consider him a glue guy for your roster: 9.7 points, 3.6 rebounds, 1.4 steals, 0.9 turnovers and shooting 55.4 per cent from the field aren't eye-popping numbers, but he sprinkles in a bit of everything without doing any damage.

Achiuwa has been wildly inconsistent this season, but Raptors head coach Nick Nurse is committed to giving him playing time (26 MPG). Khem Birch, the only other real centre on the roster, is hurt, and Toronto will face a steady dose of bigs this week in Robert Williams III and Isaiah Stewart. At the very least, he will supply some rebounds (8.6 RPG). You can also get three games out of Achiuwa and drop him for a new player on Sunday.