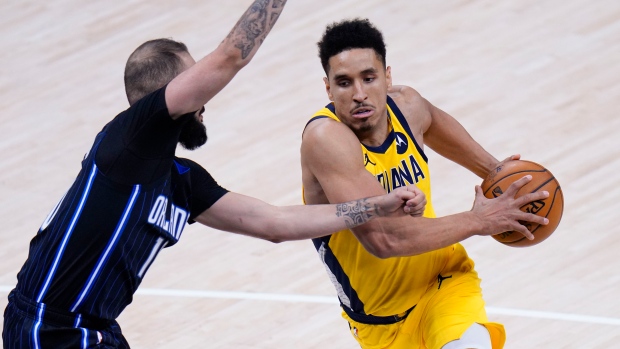 We are officially into the second half of the fantasy basketball regular season, a time where leagues grow in intrigue.

As the stakes go up, owners are more likely to make moves that will have bigger impacts on their teams. Desperation is kicking in for those at the bottom as they scramble to get into the dance, while the owners at the peak are looking to cement their top dog status.

It’s okay to love your team if you’re winning, just never fall head over heels. It's always important to scrutinize the roster and determine whether the numbers are flowing in a positive direction.

Here are five players I would consider selling high on if the return is right.

'Slow Mo' has been a pleasant surprise thus far, averaging a career high in points (13.8 PPG), assists (3.7 APG) and boards (6.2) while offering his traditional dosage of steals (1.1 SPG). The problem is a cloudy Grizzlies rotation that is only getting murkier. Justise Winslow returned against the Suns on Saturday and led Memphis in shot attempts. Jaren Jackson Jr. is presumably returning after the all-star break, and head coach Taylor Jenkins will want to play him as much as possible. This points to a reduction in Anderson's minutes from the 28 MPG he's getting now.

Brogdon has been lights out this season. He's playing at an all-star level and has carried the Pacers to an above .500 record. Brogdon's workload has never been higher: He's played in all of Indy's 29 games, averaging a career-high 36 MPG. This worries me because he’s had trouble staying healthy. In the past three seasons, Brogdon's played in 48, 64 and 54 games, missing a third of potential starts due to injury. Brogdon's shooting (18.4 FGA) and scoring at a career-high clip (21.6 PPG), while his 1.3 SPG is unusually high compared to his 0.6 mark from last season. Owners also need to consider how the looming returns of T.J. Warren and Caris LeVert will affect him.

Big Al is a career fantasy stud and has contributed as the elder statesman in OKC. Horford offers reliable scoring (14.5 PPG), rebounding (6.9 RPG) and his 3.5 APG are a nice bonus coming from the centre position. Chipping in decent defensive numbers (1.0 SPG and 0.8 BPG) and it's understandable as to why holding onto him is easy. Unfortunately, Horford is already resting on back-to-backs and the Thunder are realistically playing for lottery balls this season. This makes Horford a shut-down candidate as Oklahoma City gauges its younger talent come springtime.

Batum's fantasy relevance has been a nice story this season. The veteran swingman is contributing across the board: 2.0 3PM, 4.9 RPG, 2.2 APG and hitting a tidy 47.6 per cent of his attempts. However, we're starting to see cracks appearing. His shooting has tailed off to 28.6 per cent over the last two weeks and he's very limited to scoring from open looks created by others. His 3.0 three-point attempts during this 14-day span are down from his 4.5 on the season, and his dimes have dipped to 1.4. Batum's low turnover rate of 0.7 is helpful, but if the threes and shooting efficiency dry up along with his assists, Batum really becomes just a steals specialist.

Young's been great over the past month: 12.6 PPG on 61.2 per cent shooting, 6.9 RPG, 5.1 APG and 1.6 SPG. While I expect him to remain a positive contributor for head coach Billy Donovan, the recent return of Wendell Carter Jr. and the upcoming Lauri Markkanen comeback should inevitably cut into Young's minutes. Young's production has enough of a sample size that allows you to extract some value in trade talks.