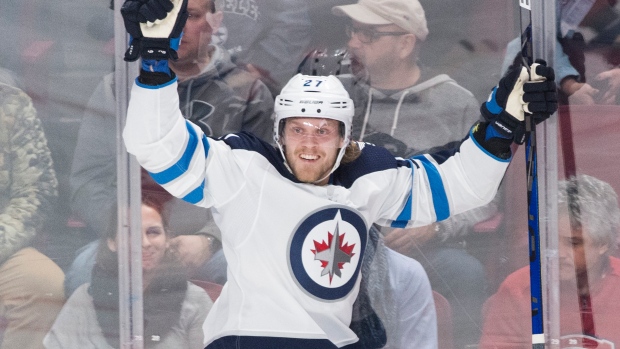 If you’re anything like us, your fantasy hockey league waits as late as possible before they draft.

Spending draft capital on a star who ends up injured can ruin leagues before they even start – condolences to all the early Nikita Kucherov drafters.

Gathering as much information as possible right before the season is fun.

To help you feel more prepared as we approach the busiest NHL fantasy draft weekend of the season, I leave you with some final pre-draft thoughts, as well as some players to target and players to avoid.

1. A lot of draft strategy is based off your league settings. It goes without saying that knowing your settings inside and out is a must. Does your league have faceoff wins as a category? Bump up those winger eligible players who take draws. Is it a hits league? You can comfortably lean Alex Ovechkin over Artemi Panarin. Know your settings, and draft accordingly.

2. Most of us are in a league with standard settings. A general strategy for these leagues is to take the elite high-scoring forwards with your first two or three picks. Grab the leftovers of the top defencemen with your next two picks. The D-men in this range are far more valuable than the forwards, simply due to the drop off at the position. Get these guys while you can so you’re not forced to dress two or three low-end defencemen who don’t provide much, if any, fantasy value. Point-scoring forwards are still available at the back end of drafts, but you can’t say the same for blueliners – just don’t overpay for them in the first two rounds.

3. This is an odd year for goalies. Teams are playing a condensed schedule, so expect a lot of rotation between the pipes due to an increased number of games played on back-to-back nights. For that reason, I’m personally bumping No. 1 goalies down slightly across the board. In response, I’ll be targeting backups and goalie tandems a little more than in past seasons. Avalanche goalie Pavel Francouz was a great waiver wire pickup last year, I’ll be looking to bank on him again this season, and especially with his draft price lower than Philipp Grubauer on most sites. The two are currently projected to split time evenly. There are currently up to 14 teams who could start the season in a goalie timeshare. Target the cheaper of the two netminders in those tandems as lottery tickets.

Who to Target, Who to Avoid?

Winning your draft is all about finding value in players that some other managers may have missed, while avoiding paying too much for outlier seasons and unsustainable performances. Below are some players we should be targeting, and some players worth avoiding.

Nikolaj Ehlers was on pace for a career-high 67 points before the stoppage last season, finishing with an impressive 58 points in 71 games, which ranked 46th in the league. He also shoots a ton. The Danish winger was one of only 33 players to reach 200 shots last season (203), and he did all this averaging 16:31 of ice time a game, which ranked 145th among forwards. He’s efficient, and I expect his usage to increase. Ehlers has been on the top line at camp with Mark Scheifele and Blake Wheeler, and it sounds like head coach Paul Maurice is going to experiment with that to start the year.

“He’s a more mature person, a more mature player … and his numbers would say that he’s earned the right to play against the other team’s best. It’s going to be a big challenge for him. This is another phase in Nikolaj’s development.” – Paul Maurice, Re: Ehlers on the top line

Sticking with the Danes, Oliver Bjorkstrand has always been an elite goal scorer, he just needed the time and the opportunity to prove it. There are only three players that rank in the top 10 in Goals 5v5 Per 60 minutes in each of the past two seasons. Those players are Alex Ovechkin, Auston Matthews, and Oliver Bjorkstrand. The difference between those players? A lot obviously, but let’s focus on ice time. In 2018-2019, Bjorkstrand played just over 12 minutes a game (that’s below average for a fourth liner), yet he still finished with 23 goals.  Last season, his TOI skyrocketed to 18 minutes with the departure of Artemi Panarin to the Rangers. The result was an elite level scoring pace. The Danish winger had 21 goals in just 49 games after missing time with injuries. That put him on a 35-goal pace over a full 82-game season. Columbus has clearly bought in, investing $27 million in Bjorkstrand over the next five years. It’s time for fantasy managers to do the same.

It’s no secret Tyson Barrie struggled in Toronto. Throw that year out. Fantasy managers expected Barrie to jump into a role already occupied by Morgan Rielly. The result was an unimpressive 38-point performance with just 12 power-play points. A big reason for that was his usage. Barrie averaged just 2:40 of power-play ice time per game. He averaged close to four minutes a game in his final two years with the Avalanche before the move to Toronto. With Barrie now in Edmonton, and Oscar Klefbom out for the season with a shoulder injury, expect Barrie’s usage on the power play to revert back to the good old days with the Avs. And in case you forgot, the Oilers’ power play clicked at a league high 29.5 per cent last season, the fourth highest mark in NHL history. I’ll take a piece of that.

Dominik Kubalik surprised everyone last year with a 30-goal performance with the Blackhawks in his rookie year. His career high at the pro level was 29 goals four years ago while playing in the Czech League. Some of his success can be attributed to an astronomically high 19.1 shooting percentage. His shooting percentages in his final two years in the Swiss League before heading to Chicago were 10.4 per cent and 11.9 per cent. Expect him to regress closer to those pre-NHL numbers this season. Kubalik also lost his top linemate in centre Jonathan Toews (medical issue), and he doesn’t contribute much in terms of assists. I’ll let someone else take him on draft day.

This one pains me to include given how incredible he was at such a young age last season, but it really comes down to his price. Svechnikov is going ahead of guys like Mitch Marner, Brad Marchand, Evgeni Malkin, and Mika Zibanejad. He would need to take another massive leap forward and build off his 0.9 points per game last season to be worth that price. It’s totally possible, but I’m not willing to take that risk in the second round. Head coach Rod Brind’Amour is also experimenting with Svechnikov on the second line during camp, and although he downplayed that, it is a possibility Svechnikov won’t be playing with Sebastian Aho and Teuvo Teravainen to start the year.

Zach Hyman is still being drafted in the late rounds.  Sure, he’s coming off a great season with the Leafs with a 34-goal, 59-point pace. But like Kubalik, his shooting percentage was inflated to 19.8 per cent. His career shooting percentage entering last season was 10.3 per cent. Last year was an outlier. Joe Thornton is starting the year on the top line with Auston Matthews and Mitch Marner, meaning Hyman has been relegated to the third line. We’re talking about five minutes of ice time per game lost. Whether that sticks or not, I’m avoiding Hyman even in the late rounds. Take Nikita Gusev with your last pick instead.