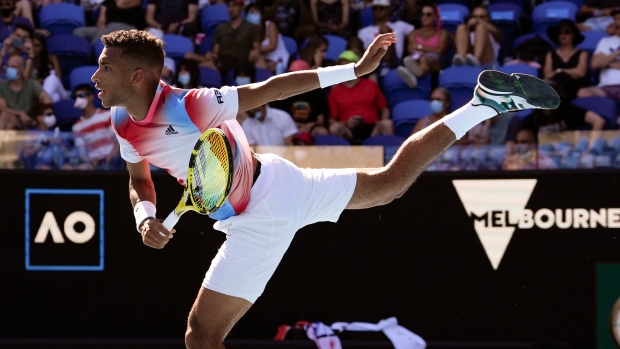 Felix Auger-Aliassime will face his first seeded opponent at the Australian Open as he draws No. 24 Dan Evans of Great Britain in the third round.

Watch the matchup LIVE at approximately 1 am ET/10 pm PT on TSN1, TSN.ca, the TSN App and TSN Direct.

In the second round against Spain's Alejandro Davidovich Fokina, every set went to tiebreaks before the 21-year-old prevailed in the fourth set (7-6, 6-7, 7-6, 7-6). The match lasted four hours and 19 minutes.

“Probably one of the most epic matches I’ve played,” Auger-Aliassime told TSN after the match.

Evans has had an easier to the third round so far, beating unseeded David Goffin in straight sets (6-4, 6-3, 6-0) and didn't take the court in round two, receiving the walkover after his opponent Arthur Rinderknech pulled out with an injury.

This will be the second meeting between the two, with Evans winning the first match (6-2, 6-3) at the 2021 Murray River Open finals in Melbourne as the Brit took home his first-ever ATP title.

As for the notion of whether or not Evans will have an advantage in the freshness department having played less, Auger-Aliassime dismissed any concerns.

“I’ll be fresh too,” said Auger-Aliassime with a smile. “No worries. I love to be on the court but of course it’s some long matches, I’ll be okay. My body’s feeling good. It’s Grand Slam, you’re just ready to leave it all out there. No worries about that.”