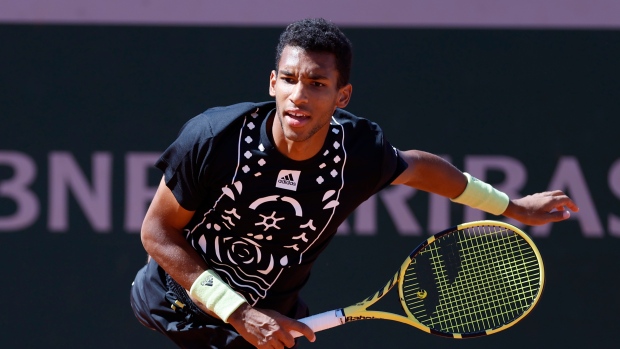 'S-HERTOGENBOSCH, Netherlands — Canada's Felix Auger-Aliassime advanced to the semifinals of the Libema Open grass-court tennis tournament with a 7-6 (5), 6-4 win over Karen Khachanov on Friday.

The tournament's second seed had eight aces to just one for Khachanov. Auger-Aliassime won 85 per cent of first-serve points, compared to 71 per cent for the fifth seed from Russia.

Auger-Aliassime had two of his aces in the final game, including one to setup the winning point.

The world No. 9 from Montreal improved his career record against Khachanov to 2-1.

This report by The Canadian Press was first published June 10, 2022.