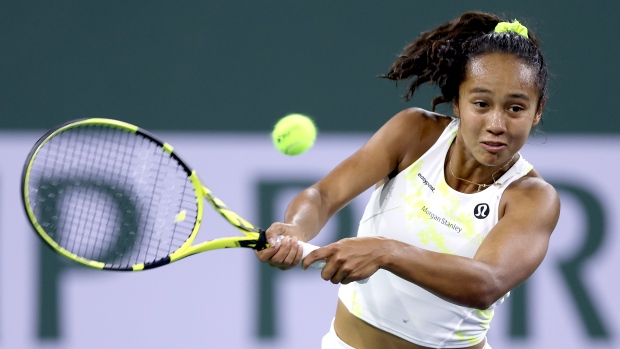 Canadians Felix Auger-Aliassime, Leylah Annie Fernandez and Rebecca Marino will all be on court on Day 1 of action at Roland Garros on Sunday.

Auger-Aliassime, the No. 9 seed, draws qualifier Juan Pablo Varillas in the first round. The Peruvian qualified for the main draw after beating Nicolas Jarry in three sets.

For Auger-Aliassime, he looks to advance past the first round at Roland Garros for the first time in his career. So far in 2022, the 21-year-old won his first ATP title at the Rotterdam Open in February and was a part of the Canadian contingent that won the ATP Cup.

The two players previously faced each other once in 2016, with the Canadian picking up the victory in straight sets.

The No. 17 seed Fernandez will take on France’s Kristina Mladenovic in the opening round for the first time in her career.

Fernandez’s best result at Roland Garros came in 2020, when she reached the third round. She lost in the second round last year to American Madison Keys in straight sets. Fernandez defended her Monterrey Open title earlier this year, when she defeated Camila Osorio in three sets.

The 31-year-old Marino qualified for the main draw with a straight sets win over Australia's Seone Mendez on Friday.

She will face off against No. 18 seed Coco Gauff in the first round for the first time in her career.

For Marino, this is her first appearance in the Roland Garros main draw since 2011, when she advanced to the third round. In 2022, she has played in the Australian and Miami Opens, exiting in the first round both times.

Gauff, 18, was bounced in the first round at this year’s Australian Open and reached the quarterfinals in Doha.