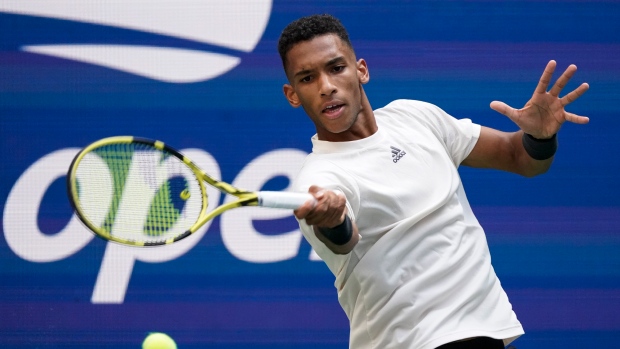 The Montreal native began the season as the No. 21-ranked player in the world and ended at No. 11, highlighted by a semifinal run at the US Open, two ATP Finals appearances and a berth in the Wimbledon quarterfinals.

“Félix, Denis and Jaden had excellent seasons, and we are very pleased to honour them today,” said Michael Downey, President and Chief Executive Officer of Tennis Canada. “In the challenging conditions brought about by the COVID-19 pandemic, all three found ways to stand out and deliver exceptional performances. Félix—the first Canadian to reach the men’s semifinal of the US Open—pursued his meteoric ascent, rising to a career-high World No.10. Denis was the first player since Milos Raonic to reach for the semifinals of Wimbledon before falling to World No.1 Novak Djokovic. Finally, on the junior circuit, Jaden showed us all that he is one of the brightest stars among the new generation of players," read a news release from Tennis Canada.