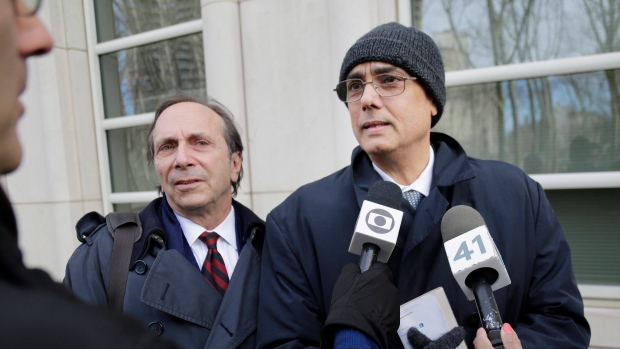 GENEVA — A South American soccer official acquitted of racketeering in the United States has been banned for life by FIFA for taking million-dollar bribes.

Burga signed contracts as president of the Peruvian soccer federation that were used as evidence by American authorities to get guilty pleas and convictions from other senior officials at South American soccer body CONMEBOL.

He was cleared of a racketeering conspiracy charge in December 2017, days after Juan Angel Napout of Paraguay and Jose Maria Marin of Brazil were found guilty by the same court.

Burga had been detained in Peru for one year awaiting his transfer to the United States after a Department of Justice indictment was unsealed in December 2015.

After the criminal trial verdict was announced, Burga said he would go home to Peru and resume his career as a lawyer.

Almost two years later, FIFA ethics committee said Burga's guilt in its investigation was "particularly serious" and he showed no awareness of wrongdoing "in spite of the overwhelming evidence against him."

FIFA's detailed verdict said Burga agreed to receive bribes of $400,000 for each of four Copa Libertadores competitions from 2010 to 2013, and a total of $5 million for four Copa America tournaments from 2015 to 2023.

In other FIFA ethics verdicts on Tuesday, two former CONMEBOL general secretaries from Argentina were each banned for life and fined 1 million Swiss francs ($1 million).

Eduardo Deluca held the CEO-like role from 1986 to 2011, and José Luis Meiszner succeeded him through 2015. Both were also indicted by American justice authorities in 2015.

More than 40 soccer and marketing officials, and commercial agencies have been indicted, convicted or made guilty pleas in the sprawling investigation centred in Brooklyn on people linked to international soccer and FIFA. More than $200 million has been forfeited to U.S. authorities.

Some who pleaded guilty several years ago are still awaiting sentence. They include former FIFA vice-president Jeffrey Webb, a Georgia-based banker from the Cayman Islands.