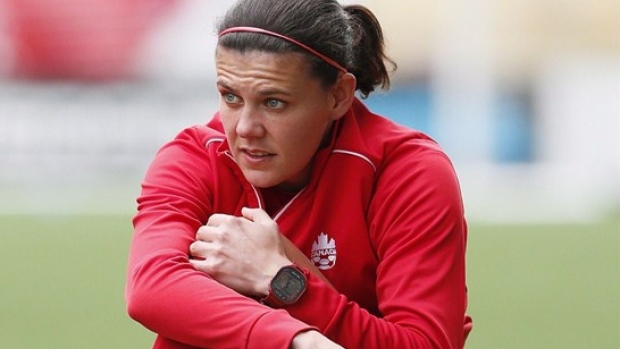 TORONTO - A FIFA official visiting Canada in advance of the Women's World Cup says there are no plans to reconsider playing the tournament on artificial turf.

A group of players are preparing a lawsuit in protest of the turf surface, claiming that it exacerbates injuries, and changes the way the ball moves and the players react. At the heart of the matter is gender discrimination, they say, because the men's World Cup would never be played on fake grass.

Tatjana Haenni, FIFA's head of women's competitions, said: "We play on artificial turf and there's no Plan B."

FIFA has appointed an independent examiner to make sure the turf at the six venues meets its strict guidelines for top-tier tournaments. The consultant is travelling with a FIFA delegation inspecting the sites.