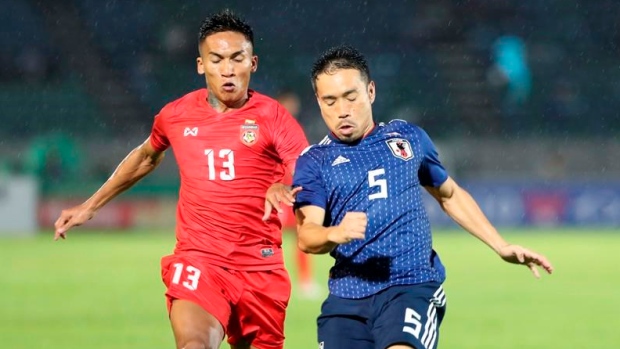 Japan vs. Myanmar , The Canadian Press

“We are looking into this matter,” FIFA said Tuesday, confirming reports in Myanmar media which said officials had visited the country to question players.

“Anyone found guilty of match manipulation will be subject to severe sanctions as FIFA has recently introduced minimum bans of five years,” soccer's world body said in a statement.

Myanmar was beaten 7-0 in an away qualifier at Kyrgyzstan in October — a third straight loss in qualifying after September defeats in Mongolia and at home to Japan.

Myanmar has since won two games under a new coach and is in contention to advance from Asia's Group F. Myanmar next plays group leader Japan and Kyrgyzstan in March.

The top two nations in the five-team group in June advance to the next stage of Asian qualifying for the 2022 tournament in Qatar.