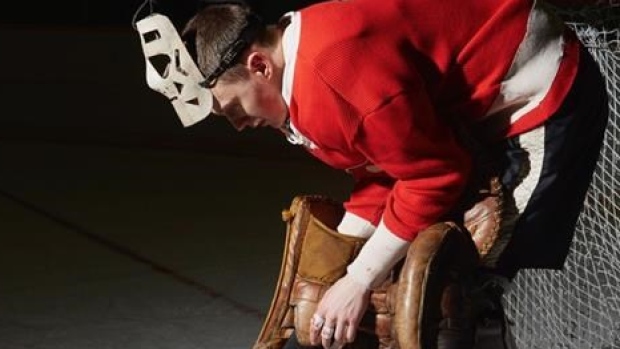 TORONTO — A biopic tracing the brutal life and extraordinary career of goaltender Terry Sawchuk is hitting the big screen in March.

"Goalie" stars Mark O'Brien as the Winnipeg-born hockey great, whose run through the '50s and '60s established him as one of the winningest goaltenders in the National Hockey League's history.

Producers say the film follows Sawchuk from his youth in Winnipeg to Detroit, Boston, Toronto, Los Angeles, and New York between 1950 and 1970. That includes his 103 shutouts, the 400 stitches to his face, and tragic death at age 40 in 1970.

Director Adriana Maggs co-wrote the screenplay with sister Jane Maggs. It's based on the David Dupuis book "Sawchuk: The Troubles and Triumphs of the World's Greatest Goalie" and the book of poetry "Night Work: The Sawchuk Poems," by their father, Randall Maggs.

"Goalie" is set to open March 1 in Toronto and Vancouver, before hitting other cities in the spring.

"There's massive human depth to Terry Sawchuk which is why he has inspired a lot of fascination and obsession over the years, beyond his un-paralleled skills, grit and the records that lasted for decades," producer Daniel Iron, vice president of Blue Ice Pictures, said Tuesday in a release.

Maggs said she tried "to explore masculinity in a world where a man's worth is measured in the ways he is a warrior."

She also said the film was written specifically for O'Brien, known for AMC's "Halt and Catch Fire" and CBC-TV's "Republic of Doyle." He's also listed as an executive producer.