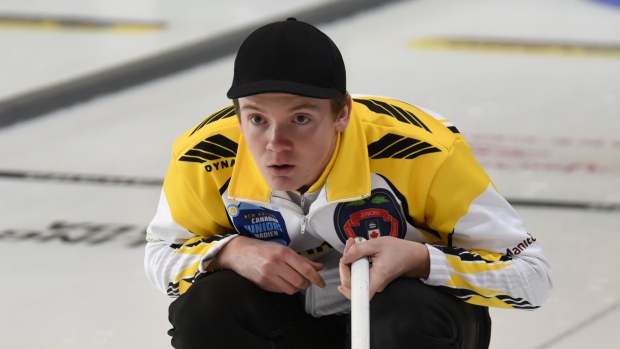 After exchanging single points in the first two ends, Daniels opened the game up for her Delta, B.C., rink in the third with a four-ender.

"Getting that four was huge for us, settle our nerves and all that, it's good," said Daniels, a 19-year-old health sciences student at Simon Fraser University.

Nova Scotia cut into that lead in the fourth end, scoring two to make it 5-3. In the fifth, Daniels was left with a freeze for one, lifting British Columbia to a 6-3 lead at the fifth-end break.

Jones took one in the sixth end with hammer then produced a steal in the seventh to trail 6-5.

Daniels scored two points in the eighth, forcing Nova Scotia to produce at least a score of two in the ninth end and took advantage of a key miss to do so. British Columbia flashed its final hit attempt, leaving Nova Scotia with a draw for two to trail 8-7 heading into the final end.

In the 10th, Jones nearly made a difficult double tap, but her counting stone rolled too far to the open side, leaving Daniels with a hit for one and the 9-7 win.

A triple in the seventh and a four points in the ninth sent Ryan to the gold-medal match.

Sunday's winners will represent Canada at the 2019 world junior championships in Liverpool, N.S., in mid-February.